The Boston Gay Men’s Chorus is one of New England’s largest and most successful community-based choruses. Executive Director Craig Coogan discusses their work as performers and cultural ambassadors – in the US and abroad – to inspire change and celebrate difference. 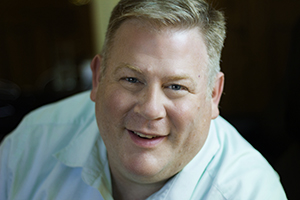 Craig Coogan joined the BGMC as Executive Director in October 2012. He is an expert in developing strategies and programs to help LGBTQA and other nonprofit organizations achieve their operational and artistic goals. A graduate of Syracuse University, he brings experience in both the for-profit and non-profit arenas.

Mr. Coogan previously served as Executive Director for One Voice Mixed Chorus in St. Paul, Minnesota, and was a founding board member and treasurer for ten years of the acclaimed women’s choral group Vox Femina Los Angeles. He has also produced independent films, award-winning documentaries, and acclaimed original plays that tell the LGBTQA experience. To learn more visit craigcoogan.com.

Watch performances from BGMC shows in South Africa and the Middle East.

One thought on “Episode 102: Music Triumphs Over Injustice”