Kay Simpson, President of the Springfield Museums, speaks to the opening of the Dr. Seuss Museum, and what it means to Springfield, MA, Theodor Geisel’s hometown. 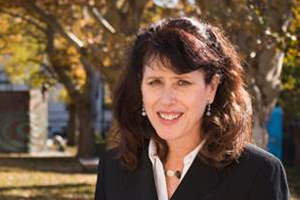 Kay Simpson is President of the Springfield Museums. She received her B.A. from Smith College and a M.Ed. in educational administration from the University of Massachusetts. Ms. Simpson has more than 30 years of museum experience.

Her current responsibilities include the direction of all areas of operations for the Springfield Museums, an interdisciplinary complex of two art museums, a history museum, a science museum, the outdoor Dr. Seuss National Memorial Sculpture Garden and the newly open Amazing World of Dr. Seuss Museum.
END_OF_DOCUMENT_TOKEN_TO_BE_REPLACED The Rev. Stephen T. Ayres has served as Vicar of the Old North Church since 1997 and as Executive Director of the Old North Foundation since 2012. Vicar Ayres was ordained as an Episcopal priest in 1980 and has served parishes in Missouri, New York, and Massachusetts. He has an undergraduate degree in Comparative Religion from Hamilton College, an M.Div. from the Episcopal Divinity School, and an MA in Urban Policy from Tufts University. END_OF_DOCUMENT_TOKEN_TO_BE_REPLACED