AHA! (Arts, History, Architecture) in New Bedford, MA is the longest continuously-funded placemaking and creative economy project in the country. For 20 years, this monthly, free, downtown cultural night and collaborative organization has provided a platform for community development and understanding. Lee Heald, Director of AHA!, discusses how their cross-sector work supports the local economy and deepens community pride. 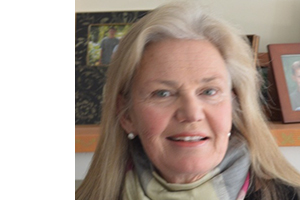 Since 2007, Candace Lee Heald has served as the Director of AHA! New Bedford’s 2nd Thursday FREE Art and Culture Night. AHA! is the longest continuously funded grant for place-making and the creative economy from the Mass Cultural Council and continues to have one of the best returns on financial investment in the Commonwealth.

Lee was one of the authors for the original AHA! grant and has been on the Steering Committee from the beginning as Program Chair or later, Steering Committee Chair until she was hired as staff. Previously, she was Vice-President of Program, Education and Exhibitions at the New Bedford Whaling Museum where she oversaw educational and public programs, exhibitions and library functions as well as visitor services and volunteers. During her tenure, the Museum won the Mass Cultural Council’s Award for excellence in community programming. Her undergraduate degree in American History is from Brown, her Master’s Degree in American History and Museum Studies is from the University of Delaware and her Ph.D. is from Lesley University. She has served on the Governor’s Creative Economic Development Council as well as other non-profit boards and is currently on the Board of MassHumanities as well as serving as President of the Mattapoisett Library Trust.

AHA! (Arts, History, Architecture) has hosting New Bedford’s FREE Arts and Culture Night every 2nd Thursday from July, 1999 to the present month when AHA! went to a virtual format and hosted the first VAHA! Night. AHA!’s mission is to be a cooperative venture dedicated to invigorating the downtown New Bedford cultural scene using the power of the arts and cultural enterprise, creative and collaboration to forge a new economy.