Through Americans for the Arts (AFTA) every citizen in our country is represented by an arts entity that’s working on their behalf to put arts in their lives, their children’s lives, and their community’s life. Bob Lynch, AFTA’s President and CEO, discusses their national advocacy leadership strategies and how they connect with advocacy efforts at the state and local levels, and shares some observations about the current arts landscape in America. Robert L. Lynch is president and CEO of Americans for the Arts. With more than 40 years of experience in the arts industry, he is motivated by his personal mission to empower communities and leaders to advance the arts in society, and in the lives of citizens.

In 1996, Lynch managed the successful merger of the National Assembly of Local Arts Agencies, where he had spent 12 years as executive director, with the American Council for the Arts to form Americans for the Arts.

Under his direction, Americans for the Arts has become a leader in documenting and articulating the key role played by the nonprofit arts and culture industry, and their audiences, in strengthening our nation’s economy. This has been done through its signature study of the economic impact of the nonprofit arts community, Arts and Economic Prosperity IV, and the latest study measuring the arts in communities, The National Arts Index. He has also been instrumental in creating a portfolio of projects and information about the transformative value of the arts in non-arts areas such as civic dialogue, social problem solving, and work with the Pentagon, West Point, and Walter Reed National Military Medical Center on the arts and military. 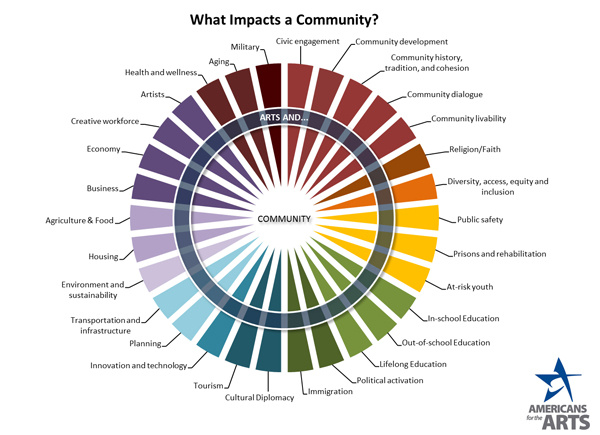