Choreographer and Master Teacher Adrienne Hawkins discusses the field of dance – how the making of, and support for, the work has changed over time, its persistent challenges, and its inherent joys. 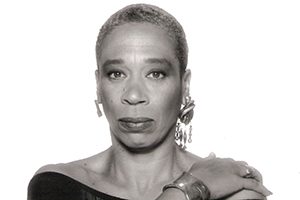 Ms. Hawkins holds a BA in Education from Arizona State University and a MFA in Dance from Connecticut College. She was Artistic Director of Impulse Dance Company of Boston, which had been in existence for over forty years. Impulse Dance had toured extensively in the United States and abroad, Impulse has opened for such acts as Miles Davis, and Al Green.

In addition to creating over 30 dances for Impulse Dance Company, Ms. Hawkins has set choreography on the National Ballet of Iceland, Ballet Plus, Dance Express in Denmark, Northwest Florida Ballet, Bosoma Dance Co, and the Portland Ballet to name a few. In addition to owning her own studio for over 10 years, Ms. Hawkins has been an adjunct or full faculty member for Boston University, Boston Conservatory, Harvard University, University of the Arts, UMass Amherst, Mt. Holyoke, R.I.C., and Stonehill College to name a few.

Ms. Hawkins has won numerous choreographic awards; in addition to her concert work she has choreographed rock musicals, music videos, commercials, and industrials, she also has danced with Cab Calloway and the Cotton Club Revue. Ms. Hawkins has been a guest teacher/performer in, Japan, France, Denmark, the Netherlands, Australia, Northern Ireland, Caribbean, Iceland, Germany, and throughout the USA in Festivals such as The Harvard Summer Dance Program and The American Dance Festival in Connecticut, North Carolina and Japan.