New Bedford Symphony Orchestra (NBSO) Education Director Terry Wolkowicz discusses Learning in Concert, an in-school partnership program between the NBSO and over 40 elementary schools in southeastern Massachusetts and Rhode Island. Through this concept-based arts integration program, music educators work with non-arts teachers to remove barriers between a concept (e.g. gravity, space, and sound) and how the students experience it (e.g. employing classical music chord cycles to imitate the gravitation pull and orbital rates of planets). 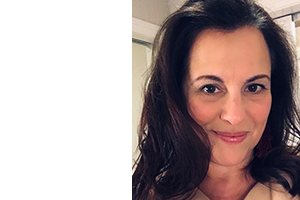 Terry Wolkowicz received her bachelor’s degree in music education from the New England Conservatory of Music and a master’s degree in education from Harvard University. For the past ten years, she has worked as the Education Director for the New Bedford Symphony Orchestra.

During this time, she created the Learning in Concert program which explores shared concepts in music and STEM with 58 schools all across Massachusetts and Rhode Island. Terry has presented at numerous national conferences on concept-based arts integration including the 2017 National Science Teachers Association, the 2013 and 2017 League of American Orchestra’s Conference, the 2016 Association of Zoos and Aquariums National Conference, the 2016 Massachusetts Music Educators Association Conference and other local and state STEM (Science, Technology, Engineering and Math) conferences. She has written articles about the Learning in Concert model and concept-based arts integration in the Music Educators Journal, the AZA’s Connect Magazine, Eastman School of Music Paul R. Judy Center for Applied Research, and Musicovation. In 2016, her “Gravity in Space and Sound” curriculum received the Excellence in Education Award from the Goldin Foundation and in 2018, “The Orchestra as Ecosystem” curriculum received the Massachusetts Secretary’s Award for Excellence in Energy and Environmental Education. In 2014, Terry was chosen as a Myra Kraft Community MVP Award winner by the New England Patriots Foundation, and was named the 2013 New Bedford Woman of the Year. She currently serves on the League of American Orchestras’ Education and Community Engagement Leadership Committee.

Gravity in Space and Sound

The Orchestra as Ecosystem