John Durant, Director of the MIT Museum, discusses the origins of the Cambridge Science Festival, the first of its kind in the United States. Now in its 13th year, the Festival attracts more than 100,000 visitors annually, hosts events in more than 70 different venues from Cape Cod to Central Massachusetts, and works with more than 100 collaborators. 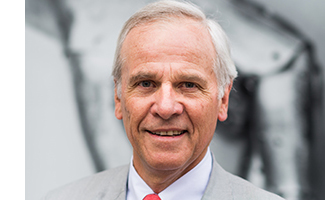 John Durant trained in natural sciences (MA) and the history of science (PhD) at the University of Cambridge in the UK. He has spent his entire career working at the interface between science and technology and the wider community. He was Assistant Director of the Science Museum, London, between 1989 and 2000, where he oversaw the development of the Wellcome Wing.

From 2000-2005 he was Chief Executive of At-Bristol, a new science and natural history museum in the west of England. In 2005, he was appointed as Director of the MIT Museum and Adjunct Professor in the Science, Technology & Society Program at MIT. Here, he leads the development of the MIT Museum as a place where the wider community can engage with research and innovation, past and present. In 2007, he led the creation of the Cambridge Science Festival, the first citywide festival of science and technology in the U.S. In 2008, he was a founder Fellow of the Noyce Foundation Science Center Leadership Initiative. He is currently The Mark R. Epstein (Class of 1963) Director of the MIT Museum, an Adjunct Professor in the STS Program at MIT, and a Faculty Dean at Pforzheimer House at Harvard University.