Greg Jenkins, Executive Director of the Somerville Arts Council, shares how he and his colleagues build relationships with Somerville’s diverse new immigrant populations as both arts audience members and programming partners. This type of community engagement identifies new sources of cultural energy and assets, he says, and a willingness to enter a world that may be unfamiliar. 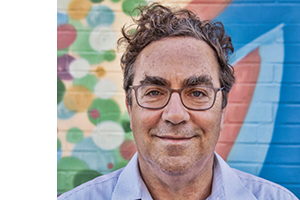 Since 2001, Greg Jenkins has been the Executive Director of the Somerville Arts Council. His professional experience includes arts education, public folklore and community-based programming. Since 2005 he has spearheaded cultural economic development initiatives within Somerville. Jenkins holds a BA in Anthropology and an MA in Folklore.