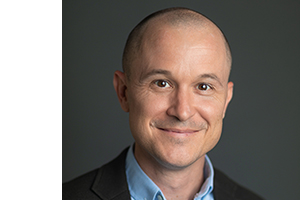 Brian Boyles is Executive Director for Mass Humanities, where he works with communities, scholars, and supporters to advance the council’s mission. Prior to joining MH, he spent 11 years at the Louisiana Endowment for the Humanities, directing the opening of the Louisiana Humanities Center that year, developing programs that responded to the post-Katrina recovery, supervising the council’s grants and public programming, and leading its partnerships with the Smithsonian’s Museum on Main Street, and the CreateLouisiana fund for filmmakers.

In 2014 he was named Vice President of Content and publisher of LEH’s award winning quarterly, 64 Parishes (formerly known as Louisiana Cultural Vistas). He served as Executive Publisher for New Orleans and the World: 1718-2018 Tricentennial Anthology, LEH’s landmark publication commissioned by the city’s convention and visitors bureau. His work has appeared in Oxford American, Vice.com, Offbeat, Bleacher Report and Agence France-Presse, and his first book, New Orleans Boom and Blackout, was the citywide read in 2015. He lives with his wife and two children in Northampton, MA. Follow him on twitter @masshumanED.