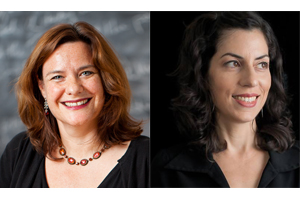 Eve Bridburg is the Founder and Executive Director of GrubStreet which has grown into a national literary powerhouse.  Her mission is to work with her team toward building the most inclusive and accessible writing center in the country.  Interested in the connection between civics and the narrative arts, Eve sits on the Executive Committee of the Boston’s Literary Cultural District and is an active partner with the Mayor’s Office of Arts and Culture.

Her essays and op-eds on publishing, the role of creative writing centers, and the importance of the narrative arts have appeared in The Boston Globe, Huffington Post, Cognoscenti, Writer’s Digest and TinHouse.

Alysia Abbott is the author of Fairyland, A Memoir of My Father, which was a New York Times Book Review Editors’ Choice, an ALA Stonewall Award winner and a finalist for the Lambda Literary Awards. She works as Director of the Boston Literary District and teaches at GrubStreet, where she leads the Memoir Incubator. Her writing has appeared in The Boston Globe, The New York Times Book Review, Vogue, Psychology Today and elsewhere.