Discovery Museum is a hands-on museum that blends science, nature, and play, inspiring families to explore and learn together. Neil Gordon, CEO, discusses how universal design and User/Experts informed their recent expansion to a 16,000sf accessible building. He also shares their efforts to integrate parents into the exhibit experience. He says that in the museum’s new exhibits for children ages 0-3, the parental education that’s incorporated is as important as the child’s play. 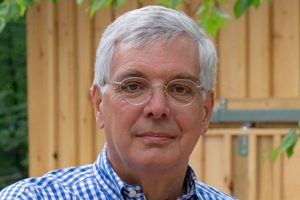 In his nearly ten years as CEO, Neil Gordon has steered the Discovery Museum through a period of tremendous growth and change. Prior to joining the museum in 2009, Gordon served for 14 years as the Executive VP and COO for the Boston Children’s Museum. He is also past chairman of the board of the Association of Children’s Museums (ACM), a past board member of the New England Museum Association (NEMA), and a board member of the Massachusetts Institute for the Teaching of Science (MITS).

In 2013, under Gordon’s leadership, the museum initiated its first capital campaign in nearly 30 years, ultimately raising $8.8 million to fully fund its plans for expanding and renovating all of the museum’s indoor and outdoor exhibit spaces, a project completed in March 2018.

WCVB-5’s 5 for Good: Discovery Museum in Acton inspires curiosity in kids of all abilities

One thought on “Episode 73: Hands-on Learning, Creating for Kids and Caregivers”